NATO defense ministers have agreed to expand the alliance's training mission in Iraq. At a meeting in Brussels, NATO's chief Jens Stoltenberg said this would replace some of the international troops leaving the US-led coalition against the Islamic State Group. Here's Jonathan Bill.

Plans are still vague with few details about which nations will contribute and how many troops. The US has been an enthusiastic backer of the move, not least because President Trump has been calling on the alliance to do more in the region. An alternative to the US-led coalition also appears to be more politically acceptable to politicians in Baghdad. Unlike US forces in Iraq, the NATO mission would not be directly involved in combat operations.

The Brazilian Supreme Court has ruled that President Jair Bolsonaro can name a controversial figure who denies the existence of racial discrimination in the country to lead the government institute for Afro-Brazilian culture. A lower court had blocked the appointment of Sergio Camargo to head of the Palmares Cultural Foundation, arguing the move offended Brazilians the organization was supposed to protect. Our America's editor Candace Piette reports. 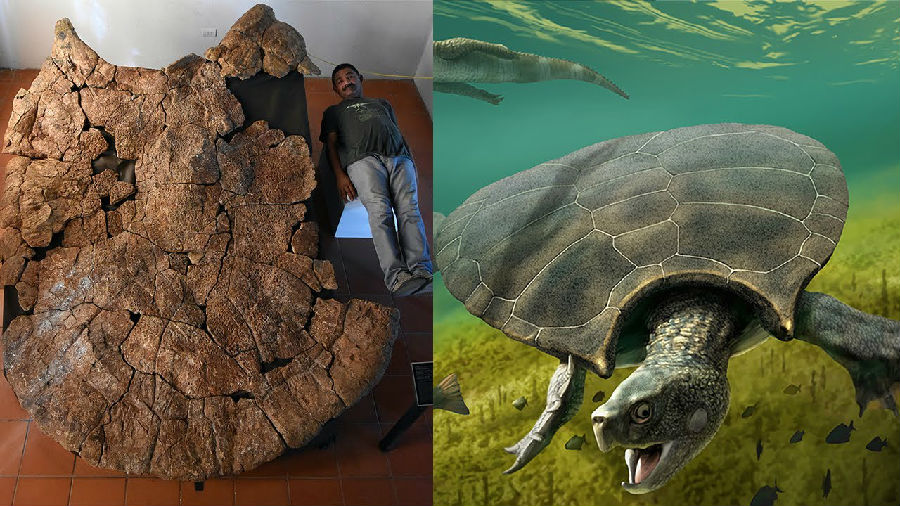 The Supreme Court concluded that no court had the right to censor government appointees, even if some of their comments were excessive. So for now, Sergio Camargo, a former journalist who describes himself as right-wing black, still maintains his nomination to Brazil's most important anti-racism government body. In the past, he's shocked many Brazilians by advocating that slavery was beneficial to people of African descent and denying that real racism exists in Brazil.

Paleontologists have unearthed new fossils in Venezuela and Colombia that reveal more about one of the largest turtles ever to have lived. Stupendemys geographicus, which could reach up to 4 meters in length, inhabited a huge wetland which stretched across South America 7 million years ago. Doctor Edwin Cadena led the research.

With these new fossils, we were able to actually recognize difference between males and females. So the males actually develops on massive horns very close to the neck. The purpose of these features in the tortoises today is for fighting, especially fighting for mating or even for territories.

The chairman of the Democratic Party in the US state of Iowa has resigned over the chaotic presidential caucus earlier this month. Troy Price said he was deeply sorry for what happened. The Iowa caucus was plagued by technical difficulties that caused a long delay to results.