BBC news with Stewart Macintosh.
The US Department of Justice is dropping its criminal investigation of the former FBI deputy director Andrew McCain without bringing charges. Mr. McCain has denied allegations of lying to an inquiry about leaks to the media. He’s frequently been criticized by Donald Trump. In another case, the Justice Department is looking into the prosecution of President Trump’s former national security advisor Michael Flynn. The two announcements were made at the end of a week marked by a public disagreement between Mr. Trump and the head of the Justice Department.
At least 20 people have been killed in Mali in the latest violence between rival ethnic groups. The raid by suspected vigilantes from the Dogon community was on a predominantly Fulani village which had previously been attacked.
A seven-day truce between the United States and the Taliban in Afghanistan is expected to come into effect very soon and could lead to withdrawals of American troops. A senior US official said an initial agreement on reduction in violence would lead to all Afghan peace talks and cover the whole country.
European football’s governing body UEFA has banned the English Premium League Champions Manchester City from European competitions for two seasons. It’s also imposed a fine of more than $30 million. The club is found guilty of breaching financial fair play regulations. 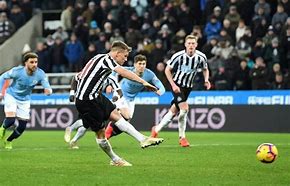 And the biggest US operators of 737 Max aircraft have again pushed back the expected return of the plane. They have been grounded for nearly a year after two fatal crashes. American Airlines, United and Southwest say they won’t use the planes until August or September.
And that is the BBC news.